Wireless technology is everywhere and is more affordable than ever. I have a wireless mouse and keyboard. I own the Alexa Tap and Dot for personal assistants. Another area in which I’ve considered looking into is bluetooth headphones. As a commuter, I would become annoyed when my headphone wires bunched up and became impossible to untangle, sometimes to the point where I would have to stop in my tracks because the knot was so bad. At the gym, sometimes the wires would get in the way or while stretching, the phone would fall out of my pocket, yanking my headphones out of my ears. Granted, this is not an arduous task or an extreme necessity but bluetooth headphones are not a new novelty so I figured options may not be too expensive.

Now there are a plethora of bluetooth headphones, so I decided to narrow down the options by my preferences:

Even with these parameters, I still had way too many options. So I began looking at reviews of top headphones and found three choices that fit my initial criteria. In terms of sound, I used the standard Apple-wired headphones for comparing bass and treble. I am not an audiophile so I cannot comment on how each set of headphones sounded aside from the clarity of treble and bump from bass.

Because I have an iPhone, I thought I would start with the Apple Air Pods, but they were sold out everywhere. So I moved on to the Beats X headphones. The Beats brand is everywhere and while I’m not one for hype, I figured they must be doing something right if so many people own a pair. They look sleek with minimal branding, with a small Beats logo on the earbud. For a first time user, I found the experience of trying them on very excruciating. Because I was used to the standard in-ear wired-headphones, I didn’t really know much about the different ear buds and wingtip options you can attach to best fit your ear. Now this is not just with the Beats X headphones, but an options with all brands like Jaybirds or Bose. It took me a good half-hour to mix and match a fit that worked. But after using it for a day, I noticed I couldn’t hear any bass and figured I needed to change the buds.

All new Beats wireless headphones come with Apple’s W1 chip, which is supposed to connect your headphones to your iPhone or Apple product quicker than normal. Using your Apple ID, the headphones always remember the phone or Mac for future use and faster connectivity. A nice feature that worked well with the Beats X but not that impressive. The earbuds are also magneticso when you have them out of your ear and around your neck, they will stay connected and not bunch up or flop around if you’re walking.

When wearing a collared shirt, the wire would get caught on the collar and pull out of my ear. The neck wire connecting the two earbuds have two weights that keep the wire in place. While not an issue, it just never felt right as I was looking for truly wireless headphones. The power button is awkwardly placed on the right side but on the small end of the weights.

At the gym, the weighted wire kept pulling the headphones out while stretching on the floor or laying on a bench press. Now I know the Beats X are marketed for leisure wear and normal commuting. Beats does the PowerBeats that are specifically made for exercising, but I really don’t like the over-the-ear design.

After two weeks I decided to return them. I couldn’t justify the $150 price tag if it only met a few of my criteria. So I kept looking and found a more economical option and got a hit through Amazon. Browsing user reviews to narrow down my options, I found the Phaiser BHS-750’s. Users praised its sound, fit and low price of $29.99. I’m usually hesitant when electronics are priced low but I had already tried the expensive option so I gave it a chance.

I was extremely impressed with the Phaiser headphones. The BHS-750’s also comes with multiple ear-bud and wing-tip options. My initial test run with the Beats X made the ear-bud/wingtip process easier. It also brings clips to attach the neck wire to your shirt while you run or workout, so they’re great for the gym. It brings another item to help shorten the wire in case if it’s too long. The sound is crisp and the bass is heavy.

The connecting neck wire is the same style and weigh as regular wired headphones. I barely notice it when wearing them. The noise-cancellation is a great plus when commuting on a loud subway ride. Connecting to my phone, Mac, or Amazon tablets was also a breeze. All you have to do is hold the power button (conveniently located on the control module below the earbud) for three seconds to pair it with any device.  Another feature the BHS-750’s have are the magnetic earbuds.

The BHS-750’s give you the same features as the high-end Beats X for $120 less!They are not as sleek and stylish as the Beats X but not bad looking either. I highly recommend the Phaiser BHS-750 if you don’t want to dive into an expensive headset.

Finally, I also tried the Apple AirPods. I had reserved them when I first started looking for bluetooth headphones and they came in about a month after I purchased the Beats X.Of the three headphones, the AirPods were the only set that took less than a minute to set up.

AirPods also come with the W1 chip so connecting to my iPhone was fairly simple. While each set of headphones came with a small carrying case, the AirPods come with a small white charging case that is small enough to fit in my pocket. Each headphone magnetically connects to their appropriate slip in the case and charges when not in use. The charging box can be charged separately with an Apple lightning cable.

With the W1 chip, you can see the battery life of the charging case and each individual headphone on your phone or Mac screen.

oice calls on the Beats X and Phaiser’s were sub-par so I didn’t really consider that attribute. But with the AirPods, each headphone has its own microphone so you can decide to keep them both on or speak with either one. Calls were clear from both my end and for those who I called.

I was pleasantly surprised with how well I liked the AirPods. I was a bit uncomfortable with the fact that they are very recognizable but put those feelings aside since they are the only option of headphones I tried that are truly wireless.

Traditional headphones with wires are not limiting my daily movements or interactions, but after trying out Bluetooth sets, I don’t think I could ever go back to connecting headphone wires through a jack ever again. 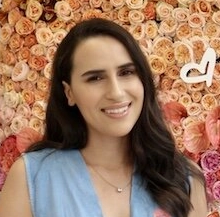 Hi! I'm Mercedes. If you've been following my blog BeChicMag for the past 10 years, hello my dear and old friend! If you're new here: Welcome! I'm a lifestyle expert & freelance writer who loves to share shopping and beauty recommendations online and on TV (local + national and sometimes in Spanish). I also do some public relations consulting when I'm not talking about fashion. Stick around for my recommendations and OOTDs, and check out the brand new "Career Style Tips" section for women entering or returning to the workplace. 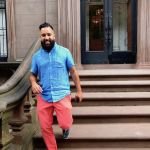 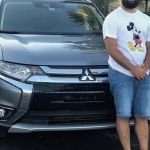